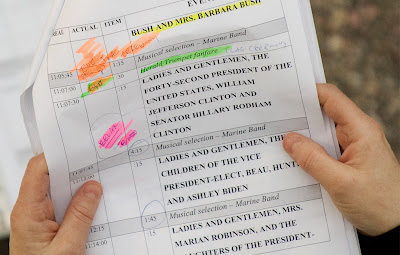 Thank you Nyla of Cherry Coloured for the incredible find of two beautiful sets of photos from the Boston Globe of the historical and exhilarating event that took place January 20, 2009.
The first set shows the event preparations and is a fascinating glimpse of the thousands of people and procedures that made it all come together. I really can't even fathom the coordination that took place to make it happen. (And check out that Lego model of the inauguration! I'm speechless.)
The second set includes photos taken around the globe as Obama's inauguration is celebrated worldwide. Captured in the photos are celebrations in Nairobi, Paris, Missoula, Kenya, Mexico City and Baghdad, to name just a few. It's an incredibly moving reminder that we are all interconnected and that our actions have the power to change lives everywhere.
Posted by Alexa Johnson at 1:29 PM