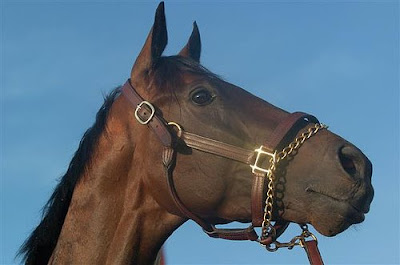 A good friend was sharing her plans with me for the weekend, which include a great party to celebrate the Kentucky Derby. She's been busy making a hat all week, and I can't wait to see the result. In the meantime, I thought I'd share some Derby atmosphere with you (because really, how could an event get any better? A sense of history, crazy fashion, beautiful horses, and yummy drinks!).

It's tradition at the Derby to wear your most fashionable (and giant!) hat. 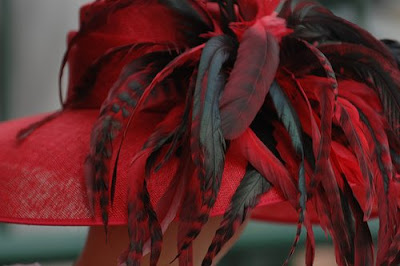 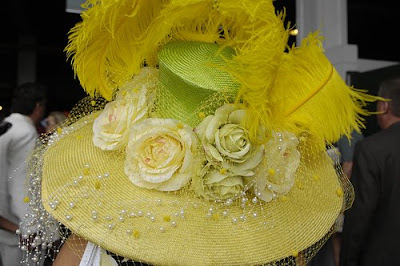 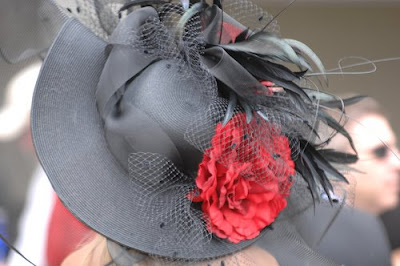 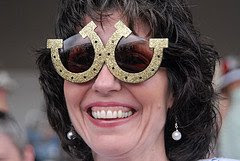 A few people get REALLY wacky with their fashion. 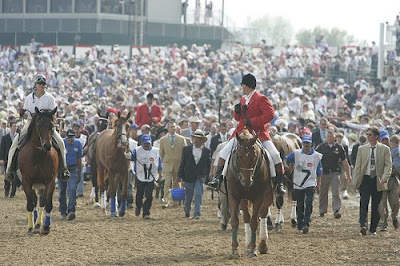 "March to the Derby" 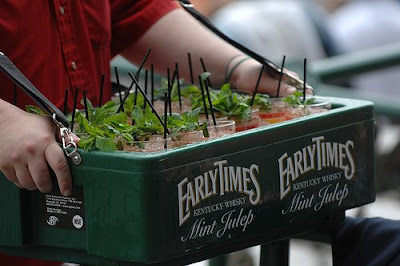 You can also find the Early Times Mint Julep Ready-to-Serve Cocktail at your local retailer. The commemorative bottles have become collectors items for many, capturing the mood and spirit of the famous Churchill Downs track and Kentucky Derby race. If the Early Times Ready-to-Serve Cocktail is not available from your local retailer, you can make your own with this time-honored recipe:

The Early Times Mint Julep Recipe
2 cups sugar
2 cups water
Sprigs of fresh mint
Crushed ice
Early Times Kentucky Whisky
Silver Julep Cups
Make a simple syrup by boiling sugar and water together for five minutes. Cool and place in a covered container with six or eight sprigs of fresh mint, then refrigerate overnight. Make one julep at a time by filling a julep cup with crushed ice, adding one tablespoon mint syrup and two ounces of Early Times Kentucky Whisky. Stir rapidly with a spoon to frost the outside of the cup. Garnish with a sprig of fresh mint.

All pictures from Kentucky Derby's fickr photostream.
Posted by Alexa Johnson at 8:00 AM